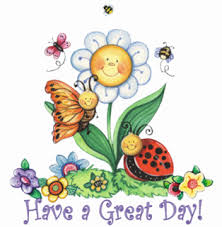 I helped Larry when he needed me, I had to hold the generator while he torqued the screws and he certainly needed my help in moving it in and out of the garage. In order to assemble the generator Larry had to reverse the order from when he disassembled it. First he installed the new magneto, then he assembled the flywheel to the generator. Afterwards we put the generator back into the tray and bolted it down. He moved on to assembling the housings, exhaust system and finally the electronic components. After this we took a lunch break.

After lunch we put the cover on the generator, then we moved the table with the generator outside. Once outside we connected a gas container and battery and then we started the generator. Larry was excited, since it started giving us trouble it has never run more than 10 minutes without shutting off, we let it run for 20 minutes and turned it off. Larry restarted the the generator and it started right up. It looks like the problem is fixed. Now we're waiting for the new exhaust gaskets to complete the project.

Later I worked on my daily challenges and The Event: World Tour Mini of 8 games. I had a pleasant surprise when doing the event, all month the points have been doubled for Microsoft's 30th Anniversary but for today and tomorrow the points will be tripled. It took me 19 minutes and 48 seconds to complete the games, which put me in 20th place in my group. Then I took an hour nap.

When it was time for dinner I made pizza using Great Value Pizza Crust, mozzarella cheese and salami. The pizza came out great.

Larry called his sister Louise. He hadn't talked to her in a couple of weeks.

In the evening while watching TV I did a few loads of clothes. We watched an Amazon movie called The Legend of Five Mile Cave. It was a good movie about a drifter, who gets close to a boy. The drifter tells the tale of the west, past and present and the legend of lost gold. Then I finished watching the fourth season of DCI Banks. I did 24,000 steps, which put me in third place for the day in my group.