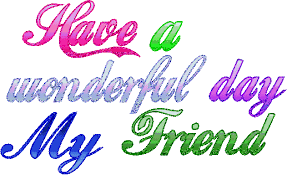 We had a wonderful day.

Larry is feeling a bit better and wanted to get out of the house and go for a walk. Before doing that we drove to the storage center to put a charger on the Minnie to keep the battery fully charged. Next we stopped at The UPS Store to pick up our mail and some packages from the Seeds Program. The packages were vinyl plank flooring from Shaw. There were four packages and they were very heavy, the ladies that work at the UPS Store loaded the flooring in the truck, Larry offered to help but the ladies thanked him and said they would do it. Afterwards we went across the parking lot to Walmart and bought three bags of potting soil to use in my flower planter. We didn't go into the main store, simply walked in to the garden area, paid, and then loaded the bags from the parking lot.

On the way home Larry parked at the boat ramp on arrowhead point. Larry didn't want too walk too far or too strenuous. We usually walk from the house to Temple Lake Park and back but the road at the ramp is very steep so we started our walk at the parking lot. We walked from the parking lot to the gate of the park, which was a mile. Then we turned around and went back. By the time we got back to the truck we had walked 40 minutes. While walking we saw a couple of boats on the lake. It was a pleasant walk.

About 12:30 we got an e-mail that our grocery shopping order was ready. They also said that they had substituted a few items because they ran out of a size or brand. For example: we ordered a ten pack box of Quaker Brown Sugar oatmeal and they replaced it with a twenty pack box but only charged us for the ten pack box. They replaced our Land O Frost ham with Hillshire Farm for the same price. They cancelled the bread, cheese, potatoes and tostadas shells. Larry went inside to see what he could find. He found out that the bread aisle was bare, there was no cheese at all and no tostadas shells at all. Things are still a bit crazy, hopefully in the next week or so this will calm down.

I spent a couple of hours doing my Solitaire Event: Two Games Tango, 10 games of Free Cell and 10 games of Tri Peaks. I also did my daily challenges.

In the evening we watched the fifth episode of Star Wars, which was The Empire Strikes Back. Then we watched a couple of episodes of Travels By Narrowboat. I started a new series on Acorn called Jack Irish. It's about an ex-lawyer who became a private investigator after his wife was murdered. The series was introduced by three movies, I watched two of the movies. I did 18,000 steps.