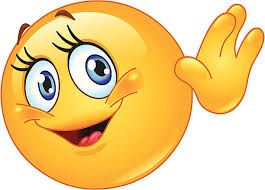 We woke up to 44 degrees and it got up to 74 degrees. I started the day out with a jacket and a long sleeve shirt but by the afternoon I was in a short sleeve shirt. We had a beautiful day.

After spending three nights at Lake Tawakoni State Park, it was time for us to move north to Bonham State Park. We didn't leave until a little after 9:00, we only had 65 miles to go.

Lake Tawakoni State Park was a beautiful park with great hiking trails. The trails weaved through trees and were easy to hike. During our stay we did a morning hike and an afternoon walk/hike. I did a couple of walks myself to get my steps. We hiked all the trails a couple of times for a total of 17 miles. During my walks I walked for an hour so I get 3 more miles with the total of 18 miles. When we weren't hiking we read. I played my computer games. We had an outstanding stay.

The drive to Bonham State Park was two lane highways through small towns. As we drove we saw a lot of ranches with horses and cows.

The other day when we went grocery shopping I picked up the wrong pancake mix. The boxes are identical in looks except one says Original and the other says Complete. We get the complete because we only have to add water. While passing through one of the towns we stopped at Walmart to exchange the mix. I just happened to have the receipt. Their system wasn't working correctly and it would not pull up the order, they tried multiple registers. Larry finally said it was ok, we'll try another time. While there we ended up picking up a few items and the right mix. They had rotisserie chickens up so we bought one.

We arrived at Bonham State Park around 12:30. Larry checked in at the headquarters, which was an old CCC building. The site wasn't quite level so Larry had placed blocks on the driver's side. He only had to raise the Minnie one block, which wasn't much. We setup the Minnie for three nights. The site has a beautiful view of the lake. 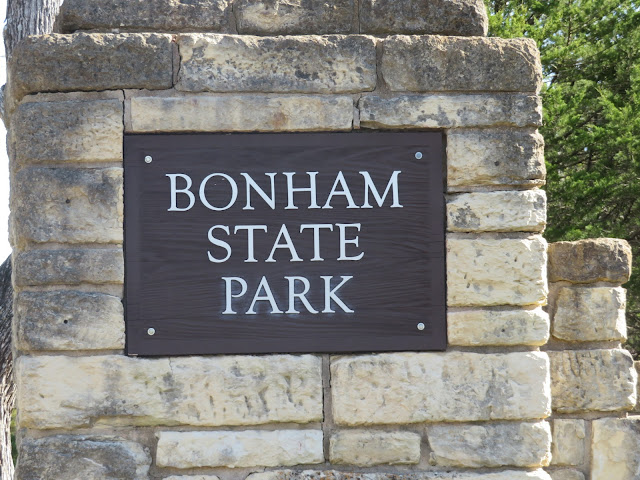 Bonham is a small park and has hiking trails. Once we got the Minnie setup we went on an hour walk/hike. We hiked the Gnarly Root Trail, which was 1.5 mile but about half of it was closed. It was the perfect name for the trail because there was a lot of tree roots. It was a beautiful trail that went through trees. We hiked it to the road. Then we hiked the road to the Lake Loop Trail, which is 1.3 miles. This trail goes around the lake but you have to walk the road at a couple of places. It was a great trail, it went through trees and had very little roots. It was a nature trail so as we hiked there were signs telling you about the trees and plants in the area. As we hiked we saw Alabama Supplejack, which are thick vines that grows up the trees, American Elm, Eastern Cottonwood, Eastern Red Cedar and a lot more trees. The walk was very nice. We ended up hiking 2.5 miles. 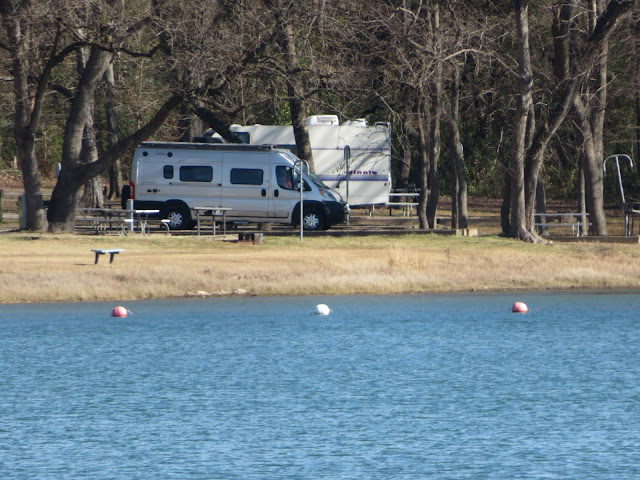 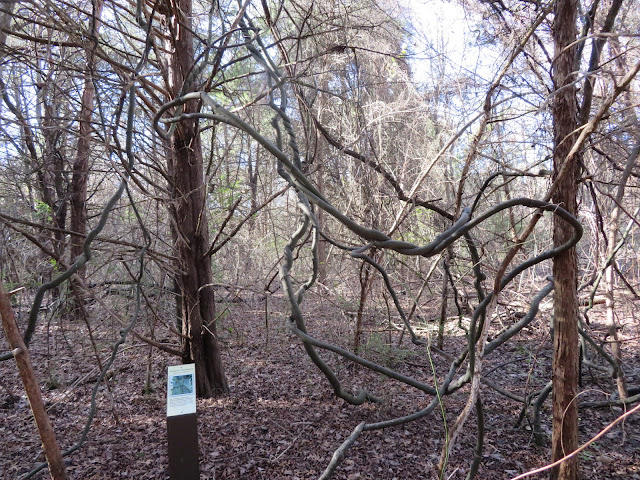 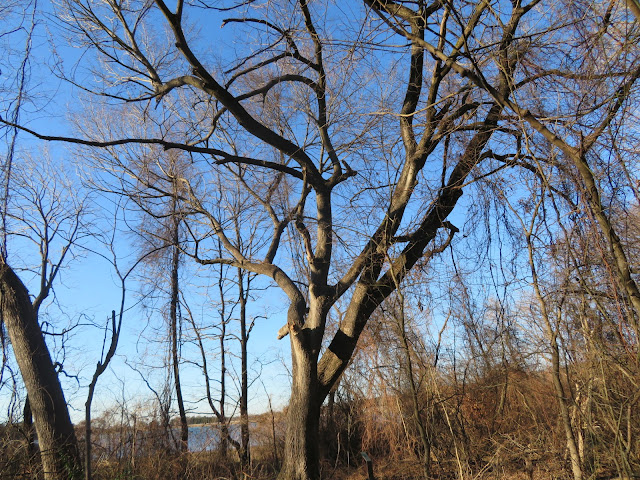 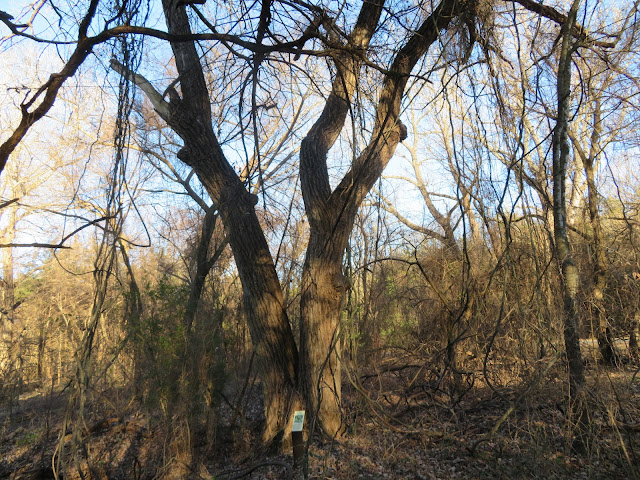 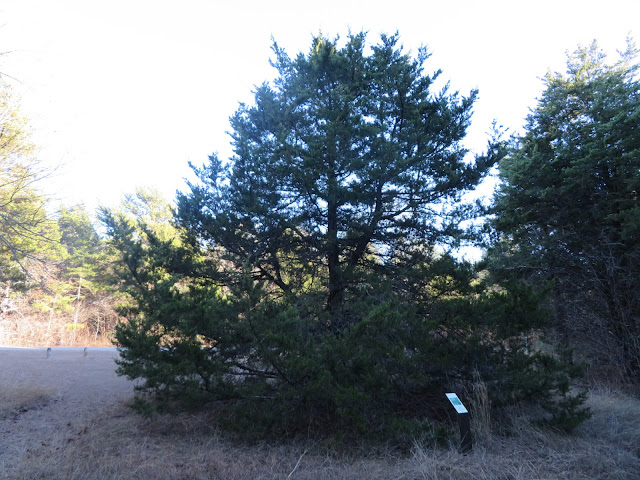 While resting I played my Solitaire Event: Two Game Tango Mini of 6 games (3 Klondike and 3 Spider). It took me 20 minutes and 27 seconds, which put me in 27th place in my group.

In the evening we relaxed in the Minnie. Larry finished reading a book and started another one. I played my Solitaire and Mahjong Daily Challenges. I finished reading The Penitent Priest by J.R. Mathis & Susan Mathis. I made chocolate chip cookies for our dessert. We had a wonderful day. 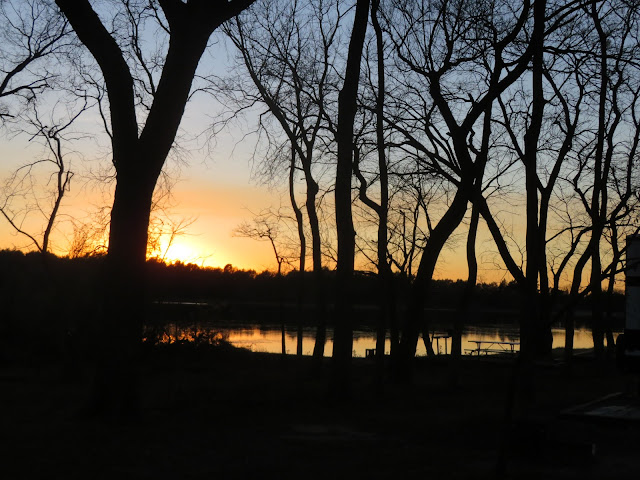