Monday 1-22 Have a great Monday


We have been in the Rio Grand Valley for almost a month, today we started to wind down.

In the morning we went to Bronc Wise's Monday A Dance. There were nine squares plus an extra couple. Bronc called eight tips and we had good squares of dancers. At times we had some bobbles but we had fun. Bronc closed the dance with a singing call which is pretty rare at the Advanced level of dancing. He did a great job. At the end of the dance we said our good-byes to Bronc and told him we would see him next year.

After the dance we stopped by Jack-In-The-Box for lunch. We hadn't been there in a long time. We had a couple tacos and shared an order of curly fries. We really like their tacos but we don't eat much deep fried foods any more. But the tacos were still excellent. 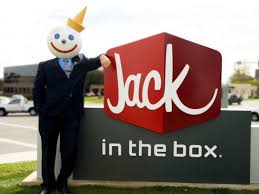 In the afternoon we hung around the Minnie. Larry finished reading a book and started another on his Kindle. I did some Sudoku and did four laps around the park. Each lap gives me 1200 steps, by the time I do four laps I do 1.5 miles. As I walk around the park people say hi to me and ask how many laps I do. I tell them it depends on how many steps I need but usually I walk at least three laps. I enjoy walking around the park because it gets me out of the Minnie for awhile.

Tonight we had a special entertainment program at the club house. They invited Ralph Kuster, who is a Canadian musician to perform. He is an one man variety show, he pays tribute to country, rock n roll, Gospel and Broadway. He is very energetic and interacts with the audience. I got up to dance with him during the song Save the Last Dance for Me. I enjoyed the performance. His show was over two hours long. Before the show he sang parts of songs he will be performing at different RV Parks through out the season in the Rio Grand Valley.