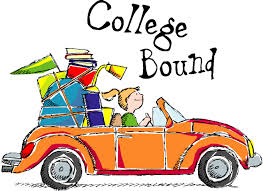 We started the day out with morning clouds but by 9:00 am the clouds were gone and the sun came out. The rain is coming back and suppose to hang around for a few days so Larry thought maybe Flo would like to go swimming. We loaded her into the car and headed to town. Larry decided to take us to Nolan Creek again. This time we parked in the Gin Restaurant parking lot. Larry read the paper while Flo and I walked around the park area. During our walk Flo went swimming in the creek and did some exploring. We were there about a half hour. By the time we got back to the car Flo was exhausted. I had to help her in the car. After leaving Nolan Creek we headed to our next adventure. Larry had clipped out an ad about a couple of art exhibits going on at Temple College and The University of Mary Hardin-Baylor. Both exhibits were done by students at each school. This was the first time we had visited Temple College so we were not sure where to go. We asked a couple of girls where the art center was, they told us where the Performance Arts building was but we didn't think that was the correct building. We went into the main administration building and asked, the gentlemen there told us we wanted the Visual Arts building and gave us directions. Once we found the correct building we were helped by young lady who let us into the art gallery. It was a small gallery but the art that was on display was very nice. Our final stop was the Temple Library. We finished watching the dvds we checked out so we wanted to return them. After returning the dvds we walked through the library and found the next two books of the Cork O"Connor series we are reading, they are written by William Kent Krueger. We also checked out he first season of Mad Men on DVD. We had a wonderful morning.
After lunch Larry and I did some yardwork. I mowed while Larry weedeated. It took us about an hour. Flo did a lot of sunning while we did the yardwork. When we finished Larry dug out an old hand held television we use to keep in the Minnie. It is larger than the monitor that came with the backup camera for the truck and he thought it might work better. He played with it and it worked perfect. While he was playing with the camera I read.


In the evening we drove to Gatesville to dance with the Coryell County Squares Club. The club's caller Ed Larder was sick so he asked Wendell Moore to fill in for him. There were two squares and a few more people. The club had a lot of delicious food. A few weeks ago Larry ordered me three new belly dance belts (rose, purple and blue) and tonight I decided to wear the rose one. It matched the skirt I wore perfect. We had a fun time at the dance.

As we were leaving, Wanda, the club's president, told everyone to be careful on the way home, there were storms coming in. Larry didn't worry considering he had driven in rain many times and he never drives fast. As we were driving home the rain came down hard. Then the hail started, it got so bad Larry found a driveway to park in to wait the hail out. While waiting the hail came down even harder. We heard it beating on the top of the car. When the hail stopped we got back on the road and headed home, it was still raining quite hard but we took our time. When we were in the Belton Temple area it didn't look like they had gotten any hail. Once Larry parked the car in the garage he found hail damage on the hood and on top of the car. He'll check it out closer in the morning when there is daylight.
Posted by Ruth's Life is Good at 7:47 AM