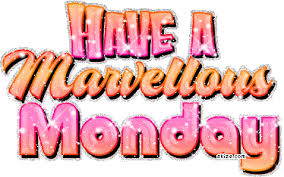 We had a marvelous day. Last week we made an appointment to have the oil changed in the car for this morning at 9:00, we arrived a few minutes early and were there for almost two hours. Since the car is still under warranty we take it to the dealer and they require you to make an appointment even for something as simple as an oil change. You would think they would be able to get us in and out faster, oh well, they do have a decent waiting area with free water, wifi, newspapers and they even come around offering you snacks. We got home in time for lunch.

We wanted to try out the steam cycle of our new dryer to see how it works. After lunch Larry connected a hose to the dryer and the faucet in the laundry room to get water to the dryer so it could create the steam. The dryer has three steam cycles; refresh, wrinkle away and steam sanitize. We decided to try wrinkle away. The dryer automatically programs this cycle for high temperature and for 20 minutes. We put three of Larry's shirts that he had worn once in the dryer and waited. We were very impressed, the wrinkles were gone. Looks like Larry will have to permanently plumb the dryer for water so I can use the steam functions.

After experimenting with the dryer steam cycles I took a nap. While I was napping Flo decided she wanted to go for a swim. The front door had been opened for her to go in and out, she hadn't tried to get out of the yard for months so we have been lax about putting her invisible fence collar on. She had been outside for a bit and Larry decided to check on her. She wasn't on the porch or by the garage or in the backyard. He decided she must have went to the lake. He drove the car down to the boat ramp and there she was swimming. She was excited to see him and came limping up the ramp. He loaded her in the car and came home. When I woke up he told me what Flo had done. I guess we'll have to remember to put her safe collar on her.

In the evening we went to Sun City to dance with the Sundancers. Brad had seven squares. Tonight there weren't enough people to have an Advance tip so we did a DBD plus tip. In between the square dancing tips there was a round dance. We were tired from our busy weekend of dancing so we sat out a couple of mainstream tips. We had a fantastic time dancing with our friends and to Brad calling.
Posted by Ruth's Life is Good at 7:49 AM