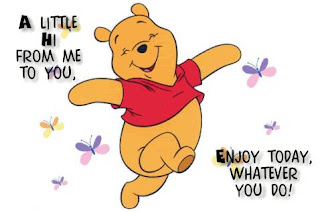 At 10:30 we headed over to the clinic for Larry's appointment. Jason looked at Larry's arm and said it needed to be x-rayed. The clinic does not have an x-ray machine so they sent us over to the hospital, fortunately it is only a couple of blocks away. They got Larry right in. The lady who took care of him said she needed to have a radiologist look at the x-rays and hopefully they would get back to us today. By the time we were finished it was lunchtime so we had lunch in the hospital's parking lot. During lunch Jason called Larry and said the x-ray showed his elbow (radial head bone) was broken. Whenever it's convenient he would put a splint on the arm and a sling. We went right over. They got him back in and put the splint on. The onsite medical supply place got him fitted up in a sling. Jason told Larry he needed to see a Orthopedic Surgeon, they would make him an appointment in Vail but it will probably take a week to ten days. Jason also told him depending on what the Orthopedic Surgeon said he would probably be in the sling for three weeks and the elbow should heal in six weeks. If it requires surgery it will take lomger.

It is very difficult for him to just use one arm and hand because it really takes two to get dressed or do almost anything. He hates being helpless. I help him when I can. There is also some pain/discomfort that Tylenol helps with. 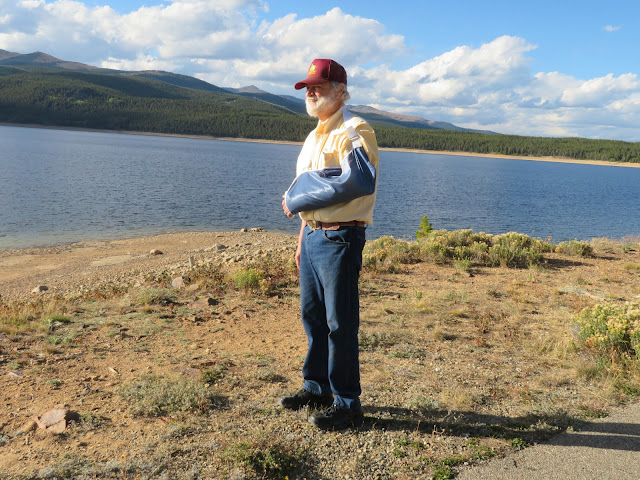 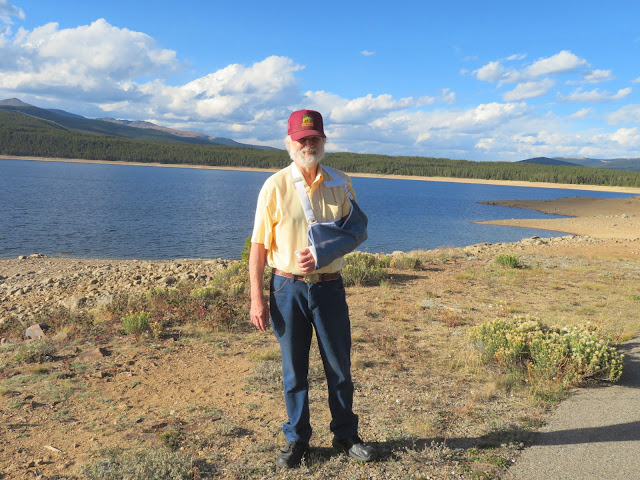 Larry standing by the lake

We went back to Matchless Campground where we spent the rest of the afternoon reading.

We had a beautiful sunny day which provided us with plenty of solar power. Our campground does not have power.

After dinner Larry and I walked around the campground for about a half hour. He wanted to get out and about and check out the lake and hiking trail but because of his elbow he will not be able to hike.

After dropping Larry off at the Minnie I walked around the campground for an hour and a half. By the end of the day I got 26,000 steps, which put me in 2nd place in my group. This is a great start for the week.