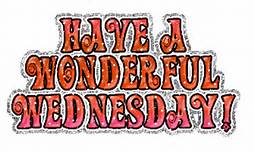 We started the day out by going to the J-Five Get Together. Once again it was a full house. They had a lot to cover considering we're not having a Saturday Get Together because the park is having a garage and bake sale. We had a special speaker representing an insurance company. She comes every year to give a pitch for people to buy some sort of insurance while they're in the Valley, she provided today's donuts. The board looked at the parks finances and decided they needed to raise a bit more money so they decided to raise the price on their suppers from $5.00 to $7.00. Next week there is a soup supper. We had a nice meeting.

After the meeting we went to Pharr South to dance A2 with Darryl Lipscomb. We had eight squares and a couple of extra couples. Darryl did a lot of fun stuff. The last tip Darryl called a mainstream song that he is going to record. He wanted to see how it danced. We had a super time with friends and dancing to Darryl.

We had an hour for lunch before having our C1 Dance. Larry decided to take me to Fazoli's. We shared an Italian Submarino, it was delicious. Fazoli's has terrific bread sticks.

At 1:00 we were back on the dance floor dancing C1 to Joe. We had 3 squares. Joe put us in different positions then we were use to being in. Joe is so laid back and he waited for the dancers to catch up. I'm glad he cued us through some of the moves because I needed it. We spent a great afternoon laughing and having fun with friends and Joe.

Joe said he had 20 squares at his morning plus dance. The square dance season here in The Valley is probably near its peak. There will be a few more people showing up over the next couple of weeks but by the middle of February people will start to trickle away.

In the evening I walked around the park for 45 minutes. Then I stepped in place to get the rest of my steps. At the end of the day I got 16,000 steps. After doing my steps I read until it was time to go to bed. I called it a night at 9:30, which is early considering I don't normally go to bed until 1:00.