After sleeping for 10 hours I crawled out of bed and made mini waffles for our breakfast. Then I started working on my Solitaire Event: Two Game Tango, which had 20 games (10 Klondike and 10 Pyramid). Today's event went a lot better, it took me 1 hour 26 minutes and 44 seconds. When I finished I was ranked 27th. In the morning I'll find out exactly where I ended up.

Yesterday one of our friends from Canada, Karen, asked if I would like a red, white and blue hat that flashes, I said sure. So in the afternoon she brought it to me while I was dancing with Joe, she was attending the round dance after our dance. The hat is super. It has three different settings, one where the lights flash fast, another one when it doesn't flash at all and another one where one light comes on at a time. She is in the process of cleaning out the house she has in the Valley because she and her husband are not coming back next year.

We spent the day dancing C1 with two great callers. The first dance was at 10:00 to Ross Howell. It was an actual dance. He added this dance to his schedule so the C1 dancers could dance to him. We had 10 couples, which was two and a half squares. This gave two couples an opportunity to rest at least one tip. We have danced with Ross many times but this was our first dance with him in The Valley. Ross walked us through a few moves we were having problems with. We had a super morning of dancing with friends and Ross Howell.


We only had an hour until the next dance and it was across The Valley at Tip of Texas. We stopped by Burger King and had a couple of tacos.

The afternoon dance was a C1 Workshop to Randy Doughtery. We had 21 couples, which made five squares plus an extra couple. Randy cued us through a couple of calls we were having problems with. We were out one tip. We had more people at Randy's Workshop because some of the dancers were C2 dancers. In the morning they were dancing C2. We had a super time dancing to Randy and with friends. 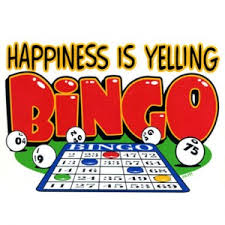 After card bingo I went home and finished my steps, which was 16,500 steps.