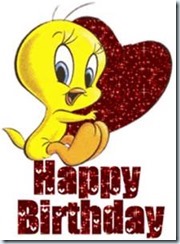 I had a fantastic birthday. I started out the day not feeling very well but by noon my allergies were much better. Sharon and Mike came by about 10 and asked if we wanted to go to the Folk Festival. Larry thanked them but told them I wasn’t feeling to grand so I was sleeping in. While they were talking I got up to say hi. After Sharon and Mike left we took Flo for a walk around the park. Red River RV Park has a river that flows on the backside of the park. We walked over the bridge that went over the river and walked through a small neighborhood. As we were walking we met a lab named Daisy, she was seven years old and was white like Flo. Her master was very excited to see Flo. She said now I’ll know what Daisy will look like when she gets old. One thing about having a white dog you really can’t tell how old she really is.

Larry used my Facebook account to tell everyone it was my birthday and lot’s of my friends and family wrote to tell me Happy Birthday. Very nice of them!!! 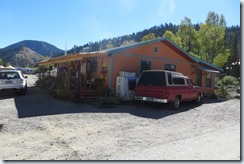 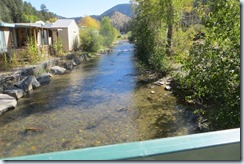 The rive that runs behind the park

In the afternoon Mike and Sharon took us to the square dancing workshop. The plus workshop was two hours long and the advance workshop was a half hour. We had five squares for the plus workshop and one square for the advance workshop. We started our workshop with a singing tip and then we worked on a few new moves and plus moves that the dancers were having problems with. One new move was called Fan-the-Boat, where the ends did load the boat while the centers Fan-the-Top. The move was very neat. Another move was Dixie Style to a column, where the ladies did the Dixie Style to a wave and then the men trade, the ladies fold and the men extend to the ladies. You end up in a column. Once we got the two moves down they were cool. The workshop was fun. After the workshops Larry and I took a nap before dinner. 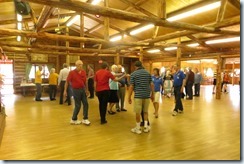 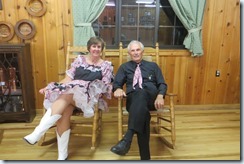 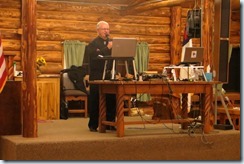 Bob Nolan cueing the round dancers 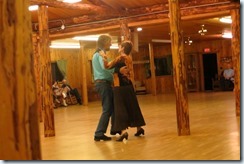 Bill and Mary Kaye round dancing 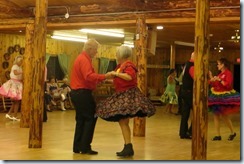 Round Dancing to Bob

In the evening we went back to the hall and danced for a couple of hours. There were enough people for six squares and a lot of round dancers. Most of the dancers dressed up for the dance. The dance was a lot of fun. After the dance we all went out and had ice cream. This was nice because it gave us some time to visit with other folks and get to know them. We had a fantastic day.
Posted by Ruth's Life is Good at 8:42 AM