9-14 Taking Care of the Minnie 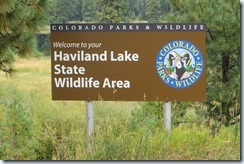 We left Junction Creek Campground early this morning and went to Durango. The Minnie had been cupping the right front tire so Larry wanted to get the alignment checked out. First we stopped by Discount Tires to get the tires rotated. The other day Larry called an RV dealer in Durango about getting the Minnie aligned but they told him they did do alignments. They recommended a company in Farmington NM but Larry didn’t really want to go that far away. So while we were waiting at Discount Tires he called the Durango Ford dealer but they were under construction so they couldn’t do it, then he called Good Year Tires and they said they couldn’t work on the Minnie but they recommended a shop across the street from them, which was Vandegrift Diesel. We called them and they said they could. After the tires were rotated off to Vandegrift Diesel we went. The place was a dump but they did align the Minnie. After the Minnie was finished we went to Walmart and did a little shopping.

While we were sitting in Walmart’s parking lot Larry decided where we were going next on our adventure. He decided we would go to Haviland Lake State Wildlife Area. We were there in the Spring and we liked it so I was excited about going back. We got the same site we had then. In the Spring there was a creek that ran through the site but it’s dry right now. After setting up the Minnie we relaxed inside the Minnie. Larry read and Flo and I napped. When it was time for dinner we went outside and sat in our chairs and Larry barbecued Hatch chili and cheese sausages. After dinner Larry and I took Flo for a walk around the campground. During our walk we met our neighbor and his dog Butler. When we got back we called it a night.
Posted by Ruth's Life is Good at 8:32 AM