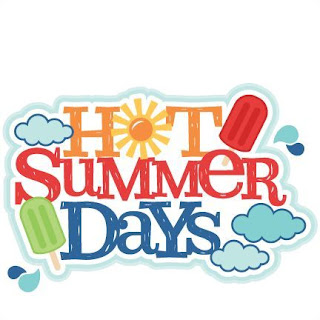 Well, officially in Belton Texas it only got up to 94 degrees but at our house our thermometer said 100 degrees and the humidity 47. It was a hot summer day.

Larry and I went back to the lake this morning. The wind was up but not as much as yesterday. We launched the boat at Rogers Park. I picked Larry up at the dock and then drove the boat to the middle of the lake. It was too rough for skiing so we got out the wake board. Larry was first up, he went a long ways down the lake but when he got back in the boat he said it was rough. I was up next, I tried to wake board but didn't do too much, it was way to rough for me. After about three minutes getting bounced around I gave up and got back in the boat. We rested and then out came the surf board. Larry had changed the plate around to get a steeper angle but when he went to put it on the boat he discovered one of the suction cup handles was not positioned correctly and it would not work. He did a set on the surf board without the plate and when he finished he got back and in the boat and fixed the lever, then he put the plate on the side of the boat. I tested it out and told him that it worked a lot better at this angle. Larry did another set of wake surfing and agreed with me. He played around with shortening the rope a little more during his set. When he got in the boat he said he may shorten the rope a little more next time we surf. While we were on the lake we saw a lady using a stand up paddle board. Yesterday when I was putting the boat on the trailer I didn't do too well so Larry had to muscle the boat on the trailer but today I put it right on the trailer without any problems. After drying the boat with a towel we went home. We were at the lake for an hour and a half. We had a super day on the lake.


After lunch I mowed the front yard. Larry blew off the driveway, the garage and the front porch. When I finished mowing he blew off the mower. Then I watered my flowers. After cooling off I worked on my puzzle and took an hour nap. Larry finished reading another book.

In the evening Larry and I went to Sun City to dance A. This week Larry and Patricia didn't go so we drove by ourselves. We had enough people for two squares and an extra lady. The dancing is all computer operated so when the lady was schedule to dance the man that was sitting out danced with her while his partner ran the computer. It worked very well this way. We had an outstanding night of dancing with the Sundancers.
Posted by Ruth's Life is Good at 7:23 AM