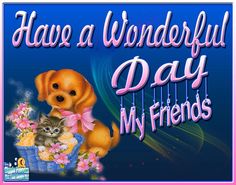 We had a marvelous Monday.

We started the day out by going to the lake. I woke up an hour earlier than I normally do so we were at the lake before 9:00. On the way we saw some deer grazing in Morgan's Point Resort. We hadn't seen any deer on the way to the lake in a long time. When we got to the lake the water was so smooth that you could go anywhere and do whatever you wanted. We started out by water skiing, this was only the second time we skied this year. Larry and I both skied very well. The next thing we did was wake board. The last time we wake boarded it was so rough I didn't do anything and gave up. But today the water was outstanding, I jumped the wakes a little and did some 360 degree turns. I had a great run. When I finished I told Larry that I was done for the day, my arms were tried. After resting a few minutes Larry got out the surf board. He put the plate on the side of the boat and I shortened the rope a little more. Then Larry started his run and had a super run. I let him down and he asked me to lengthen the rope to where we use to have it before we had the plate, he wanted to see the difference. He decided he likes the shorter rope. When he got out I did a run, I know I said I was done but wake surfing isn't hard on your arms like water skiing and wake boarding. Larry told me to get on the edge of the wake and ride it like I was surfing. I did and it was a lot easier on your legs and arms so it made it more fun. When I finished my run I took the plate off and handed it to Larry. Then I decided that I would try to put it on the boat just to see how to do it. It's very hard to put it on the boat when you're in water considering you have to push on the suction cups and push the levers down, when you do this you push yourself away from the boat so you have to hold on to the platform to prevent this from happening. The last thing we did was float a little. After about an hour and a half we called it a day. We had an outstanding morning at the lake.


Larry had a dentist appointment to get his crown put on his tooth at 1:30. The dentist apologized to Larry for cutting his tongue the last visit. This visit they didn't have to numb him up, the assistant peeled off the temporary crown and the dentist put the permanent crown on the tooth. Larry said it feels great. On the way home we swung by Dollar Tree and picked up a couple of things.

In the evening we went to Sun City to square dance with the Sundancers. There were six squares. Our friends from Killeen brought dessert to celebrate a couple of dancers birthdays, Rick and Vernon. They had a couple of peanut butter bars, strawberry tarts, cake and sugar cookies. They were all delicious. We had five couples for A so Brad called an A tip after the dance. We had another super evening.
Posted by Ruth's Life is Good at 6:42 AM