I went to the gym Monday and Tuesday and worked out on the weight machines, this morning my muscles were a little sore so I wimped out and didn't go to the gym, instead we took Flo for a swim at Rogers Park. Larry decided to do something a little different to help Flo out, he dropped Flo and I off at the bottom of the boat ramp but instead of going swimming right away Flo walked back up the ramp and on to the loading dock. As she was walking she did her sniffing. When she got on the dock she looked at the water like she wanted in. I helped her back up the steps towards the ramp, we were almost finished with the steps when she turned around and went back to the dock. I went back to the car and got the leash. Then I took her back down the ramp and she swam for a bit. There was a fisherman sitting in a chair on the banks fishing, he was friendly and started talking to us. Flo swam to him to say hi. We have seen him there before but this was the first time we visited with him. When it was time to go back she didn't want to get out of the lake, after trying a few times she finally gave in. She swam to the ramp and then I told Larry we were ready to be picked up. So he drove the car down the ramp to pick us up. Larry dried her off and put her in the car. 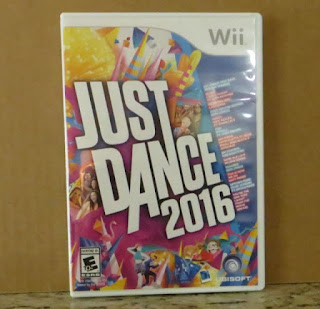 Larry read the paper while I took Flo for her swim and he came across an ad for Tractor Supply Co. The ad had Winter rye grass seed on sale. He checked The Home Depot to see how much the grass was there and found that Tractor Supply was half the price. So after lunch Larry and I went town to buy the seed. Flo was tired so we left her at home with a little snack. The other day Larry placed an order for Air Springs for the front of the Minnie. We were talking about this and I asked if he ordered the parts to add gauges like he had for the rear. He hadn't so he went on the internet and ordered the parts. While we were in town we stopped by NAPA Auto Parts to buy a couple of parts he needed for the air spring project that he didn't buy off the internet. We were planning on stopping at Walmart on the way home but then it started to rain. I told Larry he didn't have to stop but he figured the rain would stop. Before going into Walmart we stopped and got gas. It was still raining but we still went to Walmart. Later in the afternoon I worked out a bit with Just Dance on my Wii.

In the evening we watched YouTube videos and an Amazon series called One Mississippi. The series was only one season. It was a comedy about a woman that goes home to Mississippi because of her mother's death. We watched the six episodes. Not a great series but not terrible either. I worked on my puzzle and played computer games for the rest of the night.