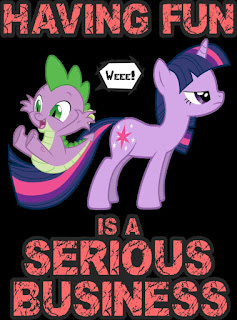 There was nothing on our agenda so spent the day just having fun.

We have a lot of electronic devices to charge up now and again. We have a kitchen counter setup just to do the job. Larry has been thinking about organizing the area. He did some research on different changing stations and found one he liked. We received the device last week. It's a station where you can charge up to four devices at a time. While the devices are charging the slot has a blue light and once the device is charge the light turns off. The counter now looks cleaner and more organized. The charging station works perfect for us.

We have two Amazon Echo Dots, they are perfectly setup for what we want them to do. Larry has been reading about the Google Home devices, specifically the Google Home Mini. They are fairly new and most folks really like them, even some folks who already own an Echo Dot. Yesterday Larry found Walmart had a deal where you can buy the device for $29 and they will give you $25 via a online credit. He ordered it online and we picked it up this morning. It took a bit to setup considering he had to program different commands for the mini. Some commands that work with the Dot's he can't do with the Mini. The speaker in the Mini is clear and works better than the Dot. Supposedly the Mini answers more questions than the Dot but so far we haven't found that to be true. When you talk to the mini you have to say "Hey, Google" or "OK Google" and the light lights up on top of the Mini, sometimes you can't see them. When you talk to the Dot you say "Alexa" and there is a light ring around the top rim of the dot that is easy to see. The Mini is cool but over all we like the Dot better.

In the afternoon I worked out with Gold's Gym and Just Dance and read.

During the evening we watched YouTube videos. We watched a couple episodes of The No. 1 Ladies Detective Agency. Afterwards I read and did my daily challenges.

This time of year is tough on me when it comes to weight considering I have no willpower when it comes to sweets. Saturday, we swung by the UPS Store and picked up a package from Larry's Aunt Barbara. When we got home I opened the package and it had Christmas gifts and some goodies. We spent today munching on the goodies. She sent us a big can of assorted cookies (oatmeal icing, soft chocolate chips, thin chocolate chips and pecan) and couple of Christmas boxes full of candy. One box had Hershey kisses and the other one had a mixture of miniature Hershey candies.