Don't forget you can click on the pictures to enlarge them.

Wow, we're tired. We just finished a fabulous weekend of dancing. On Saturday we took the Minnie to Tool, Texas to dance with the Log Cabin Square and Round Club. We have been to Tool a couple of times before for Plus Weekends with Jerry Story and we have danced with some of their club members both in the Valley and a Fun Valley last fall. Brad Caldwell was calling their club dance on Saturday so we decided to go. We left the house early so we could attend their Plus dance in the afternoon. We arrived with plenty of time to have lunch and relax before the dance. The club members were very happy to see us and Brad was surprised because we didn't tell him we were going to be there. We danced seven tips of DBD Plus and had a great time. After the dance we went back to the Minnie and Flo. I took her for a walk and then we relaxed for a few hours. I had made a chicken and noodle casserole at home and took it with us so we had it for lunch and finished it for dinner. In the evening we dressed up in southwestern outfits and Larry wore bright orange suspenders and tie and we both wore a bright orange hat. In between the square dancing tips Chris Farabaugh cued round dancing. Brad ended the dance with a mainstream tip but after the dance we did a half hour plus tip. We had a fabulous time dancing to Brad and getting to know the Log Cabin Club members a little better.

We had been thinking about staying the night in Tool and on Sunday going to Waco for the TIP's dance but they were predicting rain so Larry decided to drive home after the dance. Tool is about 130 miles from the house and so we didn't get home until about 1:30 Sunday morning. I unloaded the refrigerator and then we called it a night. 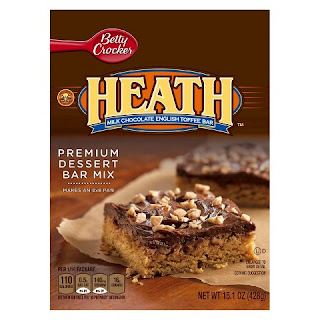 On Sunday we woke up around 8:00. I took care of Flo and made breakfast. After breakfast I made a Heath Bar Dessert to take with us to the TIPS dance. The dance wasn't until 2:30 so we hung around the house until it was time to go. The dance was called the Sadie Hawkins Dance and the women asked the men to dance. The Heath Bars were a success, there weren't any left to bring home. The dance was two hours long and in between the tips Wendell played a couple of songs so we could relax. When the dance was over Dale had a half hour review of the Advanced moves we learned last week. This was a very nice surprise. We had a fun time dancing with our friends.

In the evening we watched the PBS shows, Downton Abbey, the final episode of Mercy Street and an episode of Father Brown. We had a busy weekend of dancing.
Posted by Ruth's Life is Good at 8:04 AM