We are so glad we don't have a homeowner association. A lot of communities only allow you to have an RV in your driveway for a few hours or not at all. About a week before we leave on a trip we get the Minnie out of storage. Sometimes we park it beside the house and other times in the driveway. We do a bit of maintenance on it and load it up with items we need for the trip. When we built the house we installed power, water and a sewer connection for an RV on the side of the house.

Today we went back to the storage center to get the motorcycle carriage. Larry wanted to clean it up and replace some of the grip tape on it. After getting it ready and checking the lights we put it on the Minnie. He also took the motorcycle for a short ride. We will load it up on the carrier on Thursday.

While Larry was working on this I did a special World Tour Mini Solitaire Challenge. Then I started reading The Shepherd of the Hills, so far it's good. 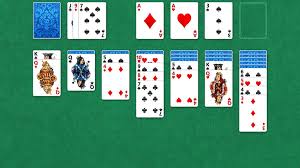 In the evening we watched Stuart Little, which was a 1999 movie. It had been a long time since we had watched it. It was another cute movie starring Hugh Laurie and Geena Davis. Then we watched an episode of Miss Marple. I watched a few episodes of Frankie Drake Mysteries.
Posted by Ruth's Life is Good at 7:02 AM