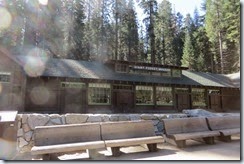 We had a wonderful day driving around Sequoia National Park and hiking the trails,  we hiked the Giant Forest Trail, General Sherman Trail and Congress Trail. The Giant Forest trail was a beautiful trail around a meadow and had point of interest signs explaining the ecosystem in the forest. General Sherman is the largest tree in the world not because of its height but the volume the tree. The top of the tree is dead but it still grows in width. We hiked the Congress Trail at the Sherman Tree area, which was 2 miles long and went up 212 feet in elevation. At times it was very strenuous because we were climbing up hill and we were at 7000 feet. During the hike we saw a black bear it was the biggest one we ever saw. The Sequoias were magnificent. 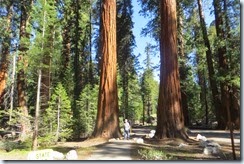 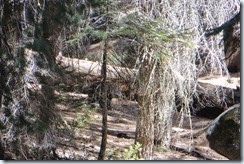 The black bear we saw 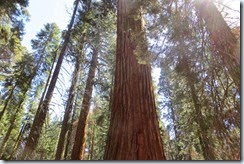 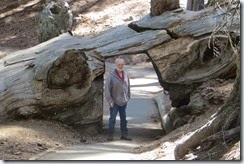 Larry walking under a fallen Sequoia on the trail
Posted by Ruth's Life is Good at 3:44 PM