We had a wicked storm last night. The wind came and broke limbs off trees that fell on the roof of the Minnie. The power went out around 10:00 and was still out this morning. When we woke up the rain was gone but the wind was still blowing hard. The roads had leaves and branches everywhere. Larry had to climb on the Minnie's roof and remove a few branches.

As we were driving through Sleeping Bear Dunes National Park there were numerous trees that had blown down across the road, they must be used to it because someone had already been out with a chainsaw to get them off the road. We were planning to drive the Pierce Stocking Scenic Drive but the gate was closed, maybe trees were down. Then we drove to Glen Haven Historic Village, which was at the end of the park, it was closed for the season. We were disappointed.

We drove about 180 miles today to Grand Rapids. On the way we saw a lot of apple orchards and apple packing plants. The plants were busy with people packing apples. There were only a few places where you could pick your own apples but there were lots of places to purchases apples. We also saw a pumpkin patch with huge pumpkins still on the vine. As we continued down the road we saw wild turkeys crossing the road. Larry slowed down because he was afraid that they were going to walk in front of him.


The Gerald Ford Presidential Museum is located in downtown Grand Rapids. We were hoping to visit but the area was swamped with school buses and a lot of other people walking around. We drove around and couldn't find a parking place for the Minnie. We decided to pass on the museum, instead we went to Frederik Meijer Gardens and Sculpture Park.

Frederik Meijer Gardens and Sculpture Park is a fantastic place. It has 54 sculptures (many of them are huge) in the 158 acre park. Every year it keeps growing. It has a tram that takes you through the park and the tour guide gives you an overview of the park. We took the tram tour before walking the grounds. It was 40 minutes long and well worth it, the guide talks about the founder, then some of the sculptures and artists and the different gardens in the park. Super tour. After the tour we walked around for two and a half hours for over three miles. We didn't see all the areas because we ran out of time. The tickets really should have been good for two days. We walked through the sculpture park, children's garden, Japanese garden and the piazza. The Japanese Garden had a 3/4 mile trail that went around a pond which was very nice. The Children's Garden had a fountain that was a shape of the great lakes and boats for children to travel through the great lakes. There was a play area. There are sculptures in the area. One area there are sculptures about the five senses (look, hear, taste,touch and smell). The last area we walked through was an atrium with tropical plants and birds. We had a super time walking around the park.


Frederik Meijer made his fortune in the grocery business. Today two of his grandsons still run the company. There are 242 stores, they resemble upscale Walmarts. We stopped in one and bought a few things we needed. The store was huge, bright and extremely clean, overall the prices were a bit higher than Walmart.

We had a super day. The sun came out and there was a little breeze. We were so glad that the rain went away and we saw the sun LIFE IS GOOD!!!! 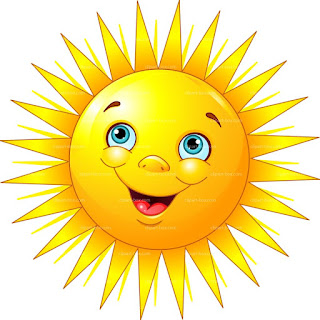