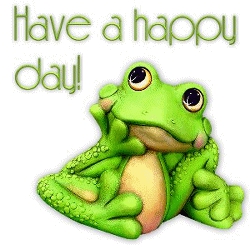 We started the day off with Louise coming out to go boating with us. A couple of weeks ago we got the boat ready for the lake but we hadn't put it in the water yet because there has been wind or rain. Larry talked to Louise a couple days ago and invited her out to go boating. We decided to wait until after lunch to go to the lake, we wanted the sun to come out and warm things up a bit. For lunch I barbecued sausage links and to go with it we had potato salad that I made yesterday. For dessert I had made a Oreo Jello desert.

After lunch we went to the lake. The water was a cool 75 degrees, we swam a bit and then we boated around the lake. As we were going by one of the marinas we saw that part of the docks had heavy roof damage that was apparently caused by strong winds, we're not sure when this occurred. We continued down the cove by Cedar Ridge campground. It looked like it was about half full. We drove near the beach, where a family had a huge blow up float in a shape of a duck. We were at the lake for about an hour and had a great time.

When we got back to the house Louise headed home and I worked out with my Wii Fit for a half hour. Later Larry barbecued a steak on the grill.

Shirts 'n' Skirts had invited Les Hughes to call their weekly dance in Georgetown. There were six squares and ten couples round dancing. Lucy and Jerry Pate cued the rounds. We haven't been to a Shirts 'n' Skirts dance in a long time so it was nice to see our friends. We had a very nice evening square dancing. LIFE IS GOOD!!!!!