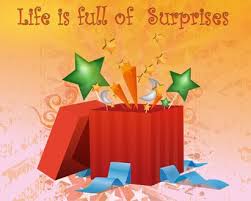 We started the day out by going to town. The Equinox is getting close to needing its air filter and cabin filter replaced so we stopped at Walmart. We found the filters but the price was a little high so Larry decided to check the internet. While at Walmart we went to the pick up area to get a package that Larry had ordered on Black Friday, he surprised me with the 2019 version of Just Dance.

On the way home we went to the storage center to pick up the Minnie. When we were taking the Minnie back to storage after tuning it up Larry heard a noise coming from the engine area and he wanted to find our what it was before we go to the Rio Grande Valley. When we got home he checked it out and thinks he found the problem. He had replaced the PCV valve and it appears something is wrong with the new one causing it to rattle. Nobody had one locally so he order one off the internet along with the filters for the car. Larry decided to do another project while we had the Minnie at home. He built a cable for the back up battery charger.

While Larry worked on his projects I played with my new Just Dance 2019 for 45 minutes. Every new version has new songs with new moves so it takes awhile to learn them which makes it fun and challenging.

Last week we bought a spiral ham and today I used the bone to make ham hock and beans, they came out really good.

In the evening we watched the movie Ant-Man and The Wasp. We had rented it on Thanksgiving but we had 30 days to start watching it. It was a super hero movie and was very good. It was nice to watch a movie that didn't have any bad language. After the movie I watched a few episodes of House and Doc Martin. We had a super day.