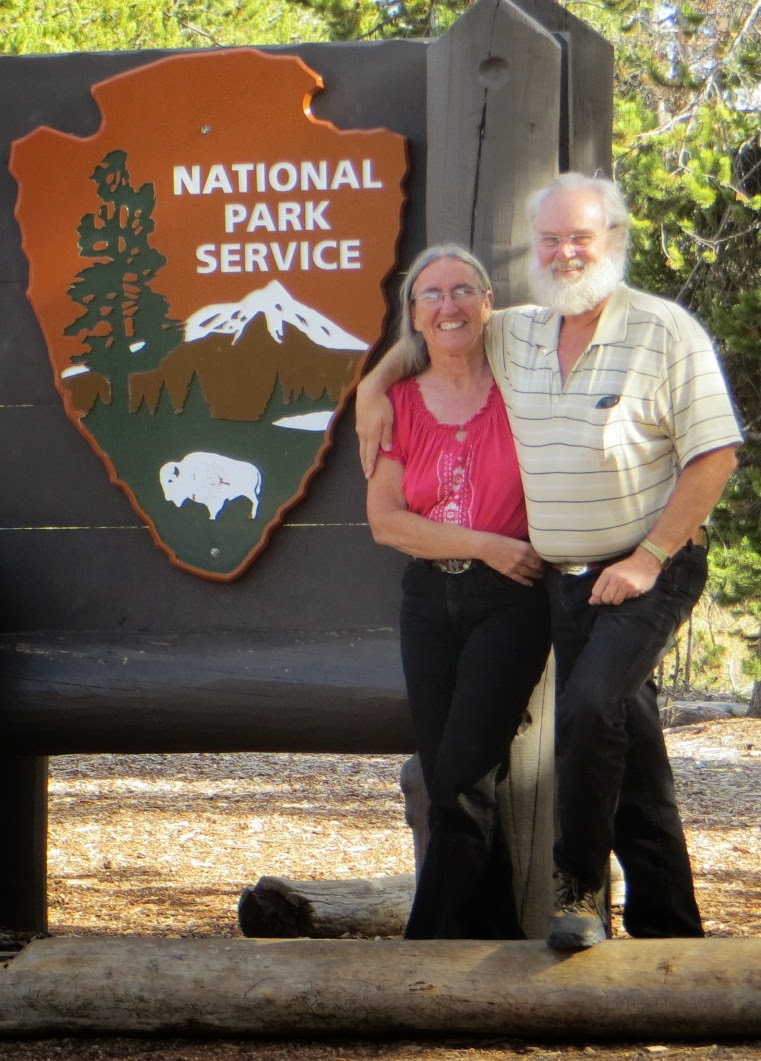 Married (forever), Retired, like to square dance, water-ski, snow-ski, wake-board, blog and pay lots of attention to my dog.

Spent the first few decades of my life growing up in Tucson, Arizona. I won't bore you with all of the finer details of my life but I will hit some of the highlights. Way back in the late 80's I graduated from the University of Arizona with a degree in elementary education, now for those that don't know what that means I will tell you, I was now qualified to teach your young children. At the very end of this endeavor I did a bit of student teaching and discovered that even though I loved small children they quickly learned I was a real pushover and could send me running and screaming out of the room like a little girl, sure wished I would have figured this out four years sooner.

Just as I was finishing up my illustrious education I met the man who would eventually become my husband. Oh, you ask, how did you meet the man of your dreams? Well I could spin you a long yarn but the truth of the matter is a mutual friend gave him my phone number and he simply called me up, now most men do everything possible to avoid blind dates and this guy calls and makes his own blind date, not sure what that said about him, maybe he was desperate, a bit crazy or simply willing to step outside the box. Anyway that was way over thirty years ago and we are still together, some would say we are always together. We share in almost everything we do, even share meals at restaurants.

Spent the beginning of our relationship in Tucson working on building careers. In the early eighties Larry went to work for IBM and a couple of years later he was able to convince a manager there to hire me. Life was good. After a couple of more years IBM decided to close the majority of their Tucson operations down and we found ourselves transferring to Austin, Texas. You have no idea how excited we were, Austin was perfect for us.

I decided to once again get another college degree to help me build my career,  off I went taking accelerated night time classes and a few years later I ended up with my second Bachelors degree, this time in Logistics Management. Even though IBM paid for this degree they didn't seem to want to take advantage of it so I decided that after a decade with them I would offer my services and my new degree to some company that would let me put it to use. Along came a brand spanking new job at Applied Materials, a young company building equipment to manufacture computer chips. They were growing fast and would only hire folks who had degrees. Not sure how well that worked for them since a few years later they were laying most of us off.

I Found myself unemployed for the first time in my life and had no idea what I wanted to do. Larry felt I should take some time off, maybe do a bit of volunteering or possibly find some kind of part time work. Over the years he had been moving up within IBM and was now making enough money that he felt I should do whatever I wanted to do. Now get this, I attended private schools, worked my butt off getting two degrees and worked for multiple companies and my husband with his a public school, high school education was now going to take care of me. Know how that made me feel? How about terrific, I was now going to be a kept woman, kind of liked the sound of that.

After a year or so of retirement I couldn't take it anymore, my days were filled with house stuff and talking to the dog and while I loved that dog she was not much of a conversationalist. I decided I really needed to get back doing something, Larry again suggested volunteering but I didn't see myself pushing "old" people around the hospital or working with shelter animals that I would want to be bringing home so I decided part time work would be just the ticket. Spent quite a number of years semi-retired working part time at the local community college, Subway and Office Depot.

After twenty eight years IBM threw Larry out into the street and he decided to retire. I continued to work part time for a couple of more years and then I gave up my semi-retired life to fully retire.
As the years rolled along we found we liked experiences far more than things. There are lots of lakes in the Austin area so one of the first things we did was buy a boat and learn to water-ski, here we are a quarter century later, we still have a boat and still love to water-ski. We also got heavily into scuba-diving, made over 100 dives in the in Caribbean area's. Next up was snow-skiing which cut into our diving and then came camping and now square dancing.

As the retirement years got closer Larry thought that camping might be fun, as a young boy his family had camped and he remembered enjoying it. We bought a small motorhome and during fall, winter and spring we began camping on weekends, we also started taking camping vacations. When Larry retired our vacations got much longer, normally six weeks or so in the spring and around eight weeks in the fall. We have camped in all 48 of the lower United States and a couple of Canadian Provinces. We are now revisiting many states where we have been previously but we try to spend much longer in each state, sometimes as much as a month or more.

Also as retirement got closer we realized that while we had loved living in Austin it had simply grown so large that traffic was now a nightmare and we were not doing many of the things we loved to do simply because everything was so busy. We knew we wanted to retire in central Texas but we decided Austin was not the place. We began looking at the surrounding areas and ended up purchasing a lot on Lake Belton in Belton, Tx., figured when we retired we would sell the house in Austin and build one in Belton. When IBM threw Larry to the curb the economy was in shambles and we were not able to sell the house but a few years later the house sold and we built a new smaller home on our Lake Belton lot.

Upon moving to Belton we got into square dancing and now find ourselves dancing four and sometimes five nights a week. We have developed a large group of dancing friends and when we returned from being away for eight weeks on our fall vacation we certainly felt missed. Love being in Belton, small town, great friends and beautiful lake.

Our lives continue to stay busy, we still water-ski, wake-board, wake-surf, fly a hydrofoil, snow-ski, square dance and take extended vacations. We have not gone diving in years, simply got to be too much of a hassle, took lots of equipment and had to fly, flying is not my idea of fun anymore.
Want to know more??  Continue following my Blog.