The day started out overcast but by the afternoon the sun came out. It was a beautiful day. It got into the low 70s.

This afternoon we went to the American Legion Hall to attend Randy's DBD Workshop. He worked on Follow Your Neighbor and Acey Duecy. He put us in different positions using both calls. We had 18 couples, which was 4 squares and 2 extra couples.

In the evening I went to the clubhouse and participated in J-Five game night, we played Family Feud. As we entered into the clubhouse we picked a card. The card represented what team you were on. The game was run off a computer. There were eight teams of five or six people. Then each team was asked a question and each member had to guess what answer was on the board. The  board represented the top 6 to 8 answers that was given during a 100 people survey. If your answer was on the board you were given points. The points vary from how many people had the same answer. It was a lot of fun, people really got into the game, they had fun names for their teams, if the answer wasn't on the board you get bonged. Everyone laughed and had a great time. Each member of the winning team received a $10 gift card from Walmart. What a great night of fun with our J-Five friends. 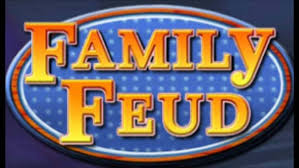 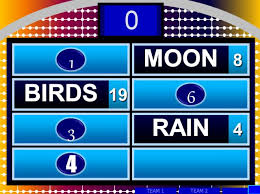